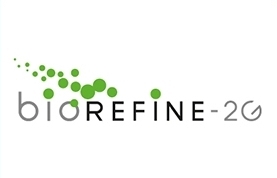 The existing 2nd generation bio-refineries utilise less than 20% of the biomass feedstock for ethanol production, and major side-streams are produced such as pentose and lignin waste streams, that are respectively used for biogas and energy production.

liquid round-200Converting the carbon from these waste streams into added-value products would increase the otherwise low profitability and improve the environmental benefits of the bio-refineries. The suggested project BioREFINE-2G aims at developing commercially attractive processes for efficient conversion of pentose-rich side-streams from bio-refineries into dicarboxylic acids, which can be used as precursors for bio-based polymers including biodegradable polymers. The project covers the whole value chain, from characterization of side streams from forest and other non-food feedstock, development of novel robust industrial yeast cell factories, fermentation and downstream process development, to polymerization methods development for the production of biodegradable polymers applicable as plastics, coatings or adhesives, scale-up and demonstration and to life cycle and economic viability analyses.