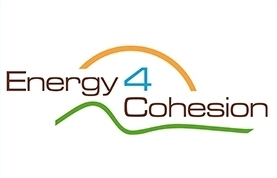 The EU funded project aimed to prepare the ground for the extensive and efficient use of the European Cohesion Programmes between 2007 and 2013. The action promoted renewable energy and energy efficiency actions in the less developed regions of Central and Southern Europe.

All regions are located in rural and remote areas of Eastern and Southern Europe. They were selected for their large development potentials concerning innovative energy actions.

Energy 4 Cohesion has prepared best practices in eight selected target regions; comprehensive Master Plans have been completed in summer 2007. Their aim is to facilitate the implementation of Renewable Energy actions in the selected regions by the identification of best funding mechanisms and suitable cooperation schemes. The Master Plans comprise 29 innovative Energy Actions, with a total investment sum of 60 Mio Euros.