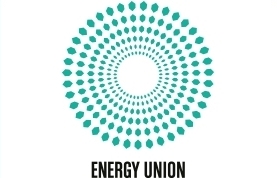 Celebrate, inform and act. Energy Union is a pan-European campaign tour to promote the benefits of Intelligent Energy in an unconventional way. Energy Union goes where young people are partying and combines a campaign on energy efficiency and renewable energy with an electronic and multimedia music tour.

On tour with Energy Union are Coldcut from Ninja Tune with an audiovisual mix film about Intelligent Energy. Pop music are blended with colourful visuals to get the vital message across. An inter-active dancefloor animates visitors to create their own audiovisual music. A poster exhibition developed by Brightonart and WIP informs about “Intelligent Energy” – Renewable Energy, Energy Efficiency, Sustainable Transport and Employment and Job opportunities. To add a political component to the tour, political panel discussions are organised by Friends of the Earth Europe.

Events are organised in concert halls, club venues or at large music festivals. The second tour phase was kicked off in Zagreb (HR) on 13 May 2010. The final tour stop will take place in Brussels in April 2011.

The Energy Union project (Contract No. IEE/07/746) is supported by the European Commission in the “Intelligent Energy for Europe Program” and coordinated by WIP. The Energy Union consortium includes 9 partner organisations.