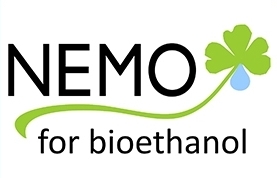 Currently, nearly all bioethanol used as transportation fuel is produced using 1st generation technologies, which are mainly based on the use of sugarcane or corn as raw material. The aim of the NEMO project is to develop the next, 2nd generation production technology based on the utilisation of lignocellulose based agricultural and forestry residues in the production of ethanol.

The project focuses on technology development needed for cost-effective production of next generation biofuels.

Agricultural and forestry waste consists mainly of lignocellulose, which is composed of sugars but in a form that makes them difficult to be used by microbes in the production of ethanol. The project develops enzymes that can be used to hydrolyse lignocellulose into sugars suitable for microbial fermentation. Another objective is to tailor the metabolism of yeasts so that they can produce ethanol from the biomass sugars economically and efficiently in large scale processes. The project evaluates the suitability of the developed enzymes and yeast strains for industrial biofuel manufacturing.