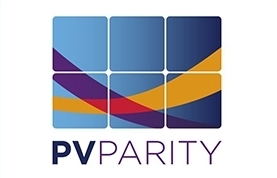 Renewable energy technologies are crucial for reducing our greenhouse gas emissions, diversifying our energy supply and reducing our dependence on unreliable and volatile fossil fuel markets. PV could and will play an important role in these achievements by covering up to 12% of the EU electricity needs by 2020.

The PV PARITY project aims at contributing to the achievement of further PV penetration in the EU electricity market and to the attainment of PV competitiveness at the lowest possible price for the community.

Up to today, feed-in-tariff and green certificate schemes have been criticized for being ineffective and too expensive and they are often being subject to sudden changes. The PV Parity project addresses exactly this problem by defining PV competitiveness, developing roadmaps to PV competitiveness for each target country and by assessing existing support schemes in order to develop alternative incentives for PV.

The project plans to employ certain instruments and measures to develop policy recommendations for EU and national policy makers to boost the steady expansion of PV markets while analyzing costs, benefits and the impact of PV on the grid. The PV PARITY project aims at covering 11 target countries in the EU, namely Austria, Belgium, Czech Republic, France, Germany, Greece, Italy, the Netherlands, Portugal, Spain and the UK. Some Middle East and North African countries may be included in the future, depending on the relevance of their insertion for the project objectives.

The results of this project are addressed to national policy makers, who are in charge of designing and optimizing programs to encourage the use of PV. Project partners will develop tools and analyses, which national authorities are encouraged to use when assessing the costs and benefits deriving from the support to PV in their country.

The partners in the PV Parity project consortium are:

The PV Parity project is supported by the European Commission under the Intelligent Energy for Europe Programme.