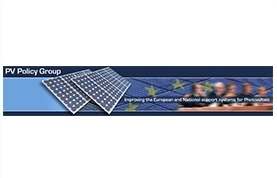 The PV Policy Group aimed to overcome political-legal barriers that prevent investments in the majority of European PV markets: lack of political commitment and effective incentive schemes, insufficient and disparate monitoring systems and lack of co-operation between key actors in the definition of political action, especially on the cross-national level.

To reach this goal, the project set-up was designed to systematically assess the status quo in eight or more countries, exchange experiences and define strategic options for improvement and alignment of national approaches in the near future. This was done in subsequent steps: i. Assessment, ii. Exchange and iii. Definition of policy proposals.

WIP was responsible for the Best Practice Report which can be downloaded here: PVPolicyEuropeanBestPracticeReport_id205.pdf. Other documents such as the Joint Position Paper and Action Plan can be directly downloaded from the website www.pvpolicy.org.