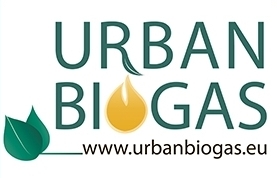 The simultaneous energetic use of organic waste, such as municipal solid waste (MSW) and food waste, and the creation of a closed nutrient cycle is one of the main advantages of anaerobic digestion (AD) biogas plants as they turn “waste” materials to “desirable” feedstock. However, in many European regions waste management is still a large problem and only few biogas plants use organic waste for biogas production.

Biogas production from waste has the potential to contribute to the European waste and renewable energy targets. Adjacent upgrading to biomethane quality and grid injection in the natural gas distribution network is an opportunity to efficiently use renewable energy in urban areas. This approach, Waste-to-Biomethane (WtB), is promoted by the UrbanBiogas project. Core of the project is the implementation of five marketable WtB concepts for the target cities based on more than 130 events, including workshops, working group meetings, study tours and city exchange visits.

Within UrbanBiogas 5 European target cities are supported for the production of biomethane from urban waste which shall be fed into the natural gas grids and optionally used for transport.