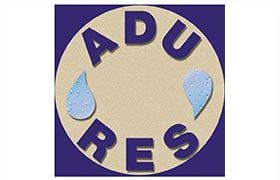 In the ADU-RES network leading research institutions from Europe and Southern Mediterranean Countries have joined forces to bridge the gap between successful R&D work and commercialisation of autonomous desalination plants.

ADU-RES focuses on the following aspects:

ADU-RES brought together scientists, decision makers and industrial players from the EU and the target regions by providing the platform for concrete autonomous desalination units installations plans. The following actions were undertaken: