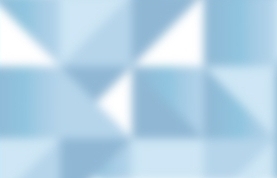 The exploitation of the vast small-hydro potential in Georgia, Armenia, Ukraine and Azerbaijan offers enormous socio-economic and environmental benefits. Consequently, small hydropower generation has a long tradition in these countries. Due to neglect in favour of a more centralised energy supply during the Soviet period, one third of existing small-hydro plants are now out of operation.

The Caucasus and Carpathian region are ideal starting locations, with a high potential for small-hydro and severe electricity shortages. The revival of the small-hydro sector has already begun and urgently requires external support.

A report on Small-Hydro Power Action including relevant technical and socio-economic data and 3 feasibility studies was compiled, and used as a tool to involve EU actors in small-hydro actions in the region, and to support political and economic decision-makers.

The broad dissemination and exploitation of project results throughout NIS was ensured through a campaign in Russian language. Through this carefully planned action, the Caucasus and Carpathian regions serve as a platform to re-launch the small-hydro sector in the entire NIS region.

SHYCA was co-financed by the European Commission in the 6th Framework Programme - Specific Measures in Support of International Cooperation (INCO).